The Path of the Hunt is for Kaldorei who seek the truths of the world. They travel far beyond Kaldorei borders to learn new truths within the world and to rediscover what was forgotten to time. Most are liberal thinkers, eager adventurers or explorers who are fascinated by both the natural world and the numerous societies living within.

An adept Watcher can speak many languages and is an experienced traveler, capable of guiding others across foreign land and knowing every species that dwells within, while also understanding how to make diplomatic maneuvers with the peoples residing there. They see their mission as a broad one: to become streetwise masters of the globe and use their knowledge for the betterment of the Kaldorei.

Any class can follow the Path of the Hunt, though more commonly hunters, mages, druids, rogues, and monks make up the majority.

Through blood I swear an ancient oath, to Wild Gods and Ancient protectors, beneath the Kal’thoran and the light of Two-Moons.

That I shall endeavor to understand and protect Elune’s great will through all sacred creatures, and depose the defilers that dare to revel in Her garden.

For we are the last of the Dorei, borne of star, night and high lineage, serving as the final of Her guardians, I pledge now to bear our sacred traditions with honor and secure our legacy for it’s great future.

With this blood oath, I give freely my first bounty, water to nourish these ancient woods and spur the cycle onwards.

Law of Sacred Truth
The hunt is sacred, the hunter is sacred and the hunted is sacred, because Her will flows through each in collaboration and with clear purpose.

Law of Tradition
We are children of the Goddess. Always safeguard our traditions which bond us to Her, for our lineage is sacred.

Law of the Provider
Children of the hunt are providers. Your goal is to share your knowledge of truth and bounty with your people. 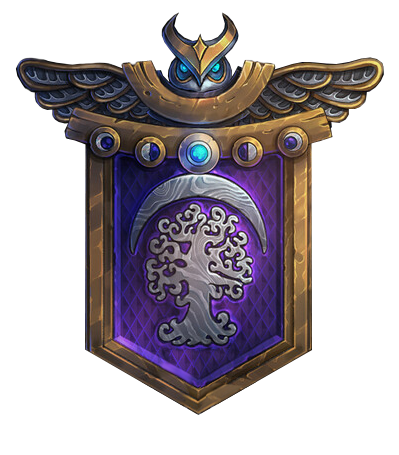 “You cannot truly know yourself until you have explored the furthest reaches, and faced your greatest challenges...”
- Warden of the Hunt

Student of Truth
A Student of Truth (Thero'dora) is a novice of the path, those who have given the blood-pledge and begun their journey under the guidance of others. This title is earned after pledging to follow the Path of the Hunt during Council Glade, and is maintained through attaining the first path seal.

Tracker
A Tracker (Mush'a) is someone that has found their own pace in the path and seek the forgotten trails, who grasp at the threads of Elune’s great design and ponder, seeking it’s truth. This title is earned after attaining 2 seals in the Path of the Hunt.

Seeker
A Seeker (Na'asha) is someone that has tasted the thrill of the hunt and brought forth it’s bounty for their people, however still avidly seek the truth, inspired to find the impossible. This title is earned after attaining 3 seals in the Path of the Hunt.

Watcher
A Watcher (Ethella) is a Guardian of Elune's great weave and one who has come to understand Her design; these valiant hunters each belong to an epic saga of their own, guiding others finding their way along the brambled path. This title is earned after attaining 4 seals in the Path of the Hunt. When a member completes the final stage in their Path Task Tree they earn a custom in-character title during a Council Glade ceremony and become veterans of that path.

Only the Watcher can complete the final task in the Path, to earn their custom title.

The path of the Hunt’s tenacity for honoring nature and truth are best attributed to the constellation of Eldre Mush’a, The Wise Hunter. The constellation is of Elune’s most favored beast, for which many creatures touched by Her light share in it’s likeness, it symbolizes wisdom, knowledge and mysticism.

Hovering over the stars on the constellation will display tasks associated with the Path of the Hunt. The bottom-most star is the introductory task and must be completed before you can move on to new tasks linked with that star. You can only complete tasks that are linked to stars you have already completed. Excluding the introductory task, one path seal is earned for every three tasks you complete.