Messages soar around Azeroth to Silversworn, Aspirants, and trusted affiliates in the talons of Val’sharah hawk owls.

Amidst the oddities of Bael'Asta, including the uptick in Cult of the Damned activity, I've additionally received unsettling reports disease-infested critters encroaching various settlements throughout the Eastern Kingdoms. Cockroaches and especially rats have grown in large numbers, not in keeping with their seasonal reproductive cycles. Worse is that many of these critters have been connected to one or more cases of the spread of disease in the city of Stormwind. A number of the city's denizens have been bedridden with these illnesses, after having been bitten by a rodent or exposed to roaches in their homes.

Many of our brothers and sisters still remain in the Kingdom of Stormwind, and though I have not received reports that any have caught ill, it does not mean they are spared from contracting one of these diseases.

Regions in the north are not exempt from this bizarre increase in activity. Hearthglen has also seen an increase in roaches, and Ironforge has discovered a surprising number of rat nests in The Commons.

I ask that those adept in the art of healing or curing disease, and culling invasive wildlife, consider visiting one or more of these cities to aid our allies and our brothers and sisters in the careful eradication of these poorly creatures.

CURUHEN (NOVEMBER)
Called the month of “Lingering Spirits”, Curuhen marks a spiritual time when the spirits of the forest cull life from the last tree and preserve it through winter. For most kaldorei, Curuhen is a time for farewell, when ancestors are remembered and preparations for winter are made.

This month, the Silver Circle will continue the storyline from October to herald the climactic events of Death Rising, the pre-patch event for World of Warcraft: Shadowlands and leading up to the release date of this new expansion. After Shadowlands launches, the guild will undergo a brief campaign hiatus to allow members and affiliates time to acclimate to and enjoy the new content of the game.

[Campaign] Death Rising
The masterless Scourge begin rising in a scope even greater than that of the original Scourge Invasion. Undead have begun to swarm graveyards and small hamlets and settlements across various kingdoms. Worse still, the Scourge appear to be infecting the living once more... 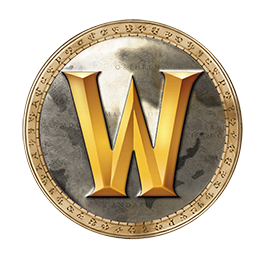 [OOC] Expansion Launch: Shadowlands
Beyond Azeroth’s shattered sky, a realm of infinite afterlives awaits: the Shadowlands, where mortal souls go to reckon with their pasts, discover new purpose... or suffer an eternity of torment. Seize your destiny beginning November 23rd/24th.

⚠️ Important: Following the release of Shadowlands, the guild will be undergoing a traditional month-long abstain from campaigns to allow all members ample time to enjoy the new expansion content. Casual events may be scheduled freely at players' discretion. Have fun storming the afterlife!

[OOC] Spoilers
As a reminder for all members and affiliates using our chat channels in and/or out of game, please be mindful of spoilers even as new content is released. After the first few weeks have passed, it's fair game, but until then, we ask that you do your best to be conscious about spoiling content for others who don't want to see it yet, or wish to fully experience it themselves. This applies not only to the pre-patch events, but the launch of Shadowlands as well!

⚠️ Important: Please do not leak spoilers in roleplay during guild events. Silver Circle will be following the events of the pre-patch in-character, the big IC reveals about Shadowlands will be a slow-burn until otherwise revealed during Council Glade or some other guild event.

Recruitment Hiatus
With the exciting launch of World of Warcraft's latest expansion on the horizon (again), along with a myriad of big changes that are soon to come for our guild, leadership has chosen to focus inward for the time being and instill a temporary halt in active recruitment efforts, which we have chosen to extend from the current Fall season until early 2021. We look forward to resuming recruitment after the new year arrives!

[OOC] Planning for the Future
As mentioned last month, we will be gearing up to make significant changes to some of our guild systems based on the feedback we received in June. Changes will include a major overhaul to our current D20 system, as well as our Path Systems. We plan to continue this process at length after Shadowlands launch. If you have any feedback you’d like to share with the leadership team regarding guild systems, please share your thoughts with us on the Guild Feedback Thread.

D20 Update Teaser
Current updates are still a work in progress, however the focus is to provide much needed character customization in such a way that still keeps the system simple and easy to use.

Paths Update Teaser
⚠️Important: In December of this year, Flash will become obsolete across multiple web browsers. This means that the Path Trees as we currently know them will become difficult, if not impossible, to access via the website. Feyawen will be providing the direct files for the Path Trees beginning in December. Over the period of a few months, the path system will be restructured and re-created in HTML5, with each leader utilizing their unique perspectives and knowledge of their respective paths to introduce new and improved versions of them and the tasks therein. Anyone interested in helping or offering feedback is encouraged to do so. Likewise, anyone with experience working with HTML5 is encouraged to reach out to Feyawen.